Why is Vietnamese eCommerce So Different?

For many ecommerce businesses in South East Asia, the Vietnamese market holds not only some of the greatest promises of future potential, but also some of the most daunting challenges to tangible and lasting success. Countless foreign operators of digital business in Vietnam stumble and fall as they go up against this 100 million people strong consumer market, filled with local specificities and riddles. This article dives into what some of the key underlying local market traits are that continue to vex both local and foreign operators in the ecommerce markets of Vietnam. From the time when we were ramping up Lazada in Vietnam, in early 2012, up until this day when we are operating ecommerce enabling in Vietnam with Intrepid, there are still some recurring themes that continue to make the Vietnamese ecommerce landscape a very peculiar place to compete.

What sets a Vietnamese business owner apart? Frugality, above all frugality. Regardless of if we are talking about a savvy Vietnamese ecommerce entrepreneur or a traditional offline shopkeeper in the streets of Hai Phong, the Vietnamese business owners are simply world champions in frugality. A Vietnamese business owner always knows at least 15 ways of cutting another 0.9 USD away from a 1 USD cost item. The creativity in this national sport of Vietnam sees no limits – it ranges from traveling 2 hours in pouring monsoon rain by motorbike in order to find the cheapest shoe repair shop in town, to reusing a knock-off printer ink cartridge for the 250th time, to evading taxes by keeping a double payroll. There is both a pride and an baked-in instinct to save costs on everything, every time – down to a level where no one else goes. That’s also exactly why competing against Vietnamese entrepreneurs is so excruciatingly tough. You need to start to think like a Vietnamese entrepreneur to stay competitive, or be beaten hands down on cost and often subsequently on price.

When we arrived in 2012 there was basically no ecommerce in Vietnam. Back then, people said that ecommerce “would never work in Vietnam” because a) Vietnamese consumers like to touch and feel and b) everything is paid in cash. On point (a) I think Vietnamese are just like all other people in the world – we like to touch and feel, but that doesn’t prevent us from loving ecommerce 🙂 On (b), the preconceived notion was that you needed credit cards to be able to have ecommerce. For low-trust consumer markets such as Vietnam I personally believe the opposite to be true. Even if a 100% of the Vietnamese population would have credit cards tomorrow, a majority of them would still not want / dare to use them for ecommerce as a credit card is a high-trust payment method (you need to trust that the ecommerce company is not a fake company, you need to trust your credit card will not be hacked, you need to trust that the physical product is the same as in the pictures on the site, etc.). Cash-on-delivery (COD), on the other hand, is a low-trust payment method – you put all the levers of the transaction in the hands of the consumer. You don’t prepay, you run zero risk of getting hacked, you only need to pay after you have been able to thoroughly check the product at your doorstep, etc. – perfect for a situation where there is little trust. In fact, I would go so far as to say that launching ecommerce in Vietnam approximately a decade ago, would not have been possible if it wasn’t for COD – it was not a blocking factor, it was a necessary enabler to make it at all possible to roll it out at that time.

That all being said, to this day, 85-90% of Vietnamese ecommerce transactions are still paid COD and this is a core local specificity to remain cognizant about. COD indeed also has massive drawbacks. How do you for example allow for small recurring payments the way the entire SAAS-industry is depending on credit card transactions in more development markets? How do you do small ticket transactions for otherwise digital goods (e.g. tickets, vouchers, online educations), where suddenly you are forced to add a physical delivery to an otherwise entirely digital transaction? Even today, it is early days for digital payments in Vietnam and the fragmented local e-wallet providers are still struggling with a regulatory environment that forces them to require a bank account from their users (a bit of a Catch 22 in a country where a large part of the population is still unbanked).

It’s critical to not get carried away by the great growth potential of a 100 million people strong consumer market like Vietnam and thereby make the assumption that the country will hold insatiable demand for every consumer product imaginable. Vietnam is still both a frontier market and a low-to-mid income country. To put this into high level perspective, its important to remember where Vietnam is in terms of spending power per capita vs. some other countries in the region, as well as vs. some more developed markets that you might be more familiar with:

Vietnam’s spending power per capita is roughly on par with countries like Philippines and Indonesia, whereas countries like Thailand and Malaysia have nominal GDP/capita levels that are still 2-3x higher than Vietnam. If you are used to operating in more developed markets, e.g. US, Germany or Singapore, its critical to keep in mind that their spending powers per capita are 13-18x higher than Vietnam (!). Even if we look at the PPP-adjusted GDP-data, the fundamental differences are still more or less the same, albeit somewhat smaller.

Granted, GDP/capita is perhaps not the ideal measure for spending power per capita, but it is probably the most comparable across countries and it does the job in terms of delivering the key practical takeaway: when you are building your ecommerce business in Vietnam, its absolutely pivotal that you sell products with a price point that fits a big enough part of the local population. A very common mistake is to try to sell the same product mix and price point as in other more developed markets – most often this assortment will be overpriced for the local consumer and you quickly end up hitting a “glass ceiling” that caps the demand at a much lower level than first anticipated when looking at the total 100 million population. During the early days of rolling out Lazada in Vietnam, we encountered this issue many times over in multiple product categories – almost every time the solution was to systematically shift down the average price point of the category that was slowing in terms of growth.

In many developed markets, we have been brought up competing only against other “fully legit sources of competing products” and other “fully legit competitors”. In a country like Vietnam (along with many other markets in the region) it is completely opposite. Perhaps more so than the “official competition”, your most capable competitive threat is the “Gray market”. This is a term that encompasses a broad range of unofficial (and cheaper) sources of products in most physical goods categories in Vietnam. Some of the most common types of gray market goods are fake products, resold stolen products, second-hand-products-in-new-boxes and smuggled products. These products are both distributed by the small street vendor on the corner, but also by more prominent retail names that mixes a certain share of gray market goods with their ordinary fully legit sourcing in order to expand margins. Even with the best intentions to stay a fully legit ecommerce player (which indeed is highly recommended!) and consequently refusing to source any gray market goods yourself, you will be needing a very clear strategy on how to market your brand and your products in a market where the gray market always is able to undercut your pricing by 5-25%, or more. The good news is that the local consumer is well aware of the issues and flaws surrounding gray market goods and is consequently relentlessly looking for retailers that can guarantee a legit source of product. Hence, the critical mission becomes: How do you build and position your ecommerce brand so that it can be trusted by the local consumer? 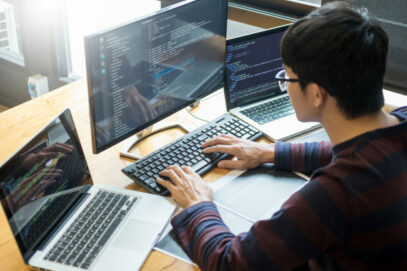 Shopify Web Developers and Services: Why you Need, Costs and How to Get the Best one

Shopify has established itself as one of the most well-known platforms in the e-commerce world. This platform is utilized by a wide range of online retail enterprises. Thanks for its user-friendly and drag-drop interface, it is highly recommended for first-time businesses. However, it appears that store owners are still debating whether or not to engage […]
eCommerce

How to Get the Right Magento Web Development Company and Developers

Outsourcing eCommerce development, particularly Magento development in Vietnam with great advantages in costs and benefits, has grown in popularity in the last decade. But how do you pick the finest Magento web development company is another issue. Nowadays, finding qualified Magento web developers is more difficult than ever, so here are some guidelines to help […]
eCommerce 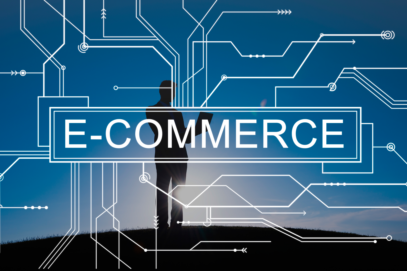 Magento Development in Vietnam: Benefits, Costs and More You Need to Know

Magento is widely regarded as one of the most adaptable e-Commerce platforms available, with significant capabilities available straight out of the box. It allows merchants to personalize almost every aspect of their e-Commerce business, giving them total control over the site’s appearance, feel, and functionality. Find out more top reasons why Magento is best for […]
eCommerce