While not essential in the language of coding and technical skills, English proficiency or a lack of it can still prove to be a barrier to young Vietnam talent’s career prospects. Many take extra classes outside of working hours and some are fortunate enough to have in-house classes with their company.

As English becomes more and more widespread and accessible at a young age, the next generation of developers, may kick down any doors closed to them by the language barrier and open up the Vietnam talent pool to an even wider audience. With Vietnamese schools ahead of many other countries in their willingness to introduce computer science at an early age in both primary and secondary school, it is clear that English is not the only language being focused on.

In most Vietnamese classrooms you will find students interested in computer technology, many become self-taught and start coding at an early age that sharpens their technical skills over the years. The most famous recent example was Dong Nguyen, the creator of the phenomenon, Flappy Bird, who began coding on his own at aged 16 and went on to launch his own development company dotGEARS. Nguyen was just 19 when he won an internship from a gaming company and serves as a shining example of the emerging talent in Vietnam.

When comparing Vietnam’s students in international testing scores, through the Program for International Student Assessment (PISA), researchers found that Vietnam consistently performs better than other developing countries and on par with many much more wealthy education systems. In maths, their results are on par with Finland and Switzerland, with a huge gap to other developing nations such as Peru and Columbia. The gap between the average of the other seven participating developing countries and Vietnam’s results is so significant that it actually represents an entire proficiency level, or two years of schooling.

Other reports suggest that this so-called ‘Vietnam effect’ is evident in Vietnamese children from as young as five. Vietnamese students punch above their weight from a young age and no one can put their finger on the exact reason why. A population adept mathematically and dynamic by nature, Vietnamese people are quick to adapt to and embrace innovation, where there is necessity they find a supply. This supply is being aided by government investment in the industry and a growing breed of confident young developers, with strong technical skills set and increasing English proficiency, who are rising to the challenge.

You do not have to scratch too far beneath the surface to see the amount of startups and apps springing up in the city and the potential is clearly not lost on the government. As time goes on don’t be surprised to see the Vietnamese once again defy expectations with their results, leaving much chin scratching and muttering of ‘the Vietnam effect’.

Education system always has a large impact constructing success of a country’s workforce, and technical staffing is not an exception either. Authored by fram^ Head of Business Development – Fred Smith, this article gives a critical analysis on Vietnamese education system that turns IT talents of the country well-desired in other eyes of hunters. Please visit here for more services fram^ offers or contact via [email protected] 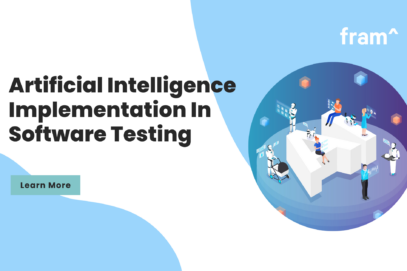 Artificial Intelligence is growing really fast with the global market of AI expected to reach over $136 billion as of 2022. Along with its growth, AI brings great benefits to companies by allowing them to do things faster and with higher precision. This article will highlight the place of AI in Software Testing and how […]
Uncategorized 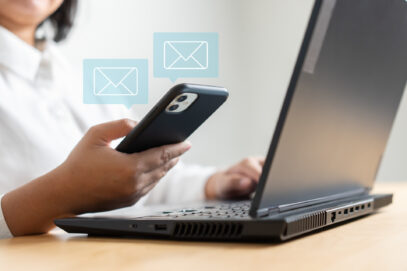 Why Managers Need to Know about Data Communication 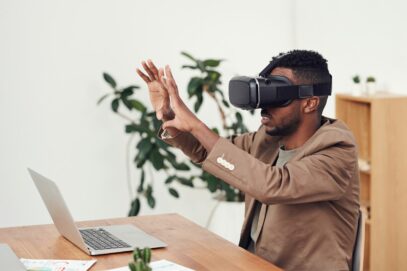 Augmented Reality (AR) is becoming increasingly popular in the last few years. IDC expected a compound annual growth rate of 77% in spending on AR/VR during the period from 2019 to 2023. Google Glass brings a new wave of intention to AR. Businesses that know how to make use of this technology will benefit greatly. […]
Uncategorized