Although engaging in remote resources is nothing there are several reasons Vietnam in particular provides an attractive landscape to find talent from alternative sources. At fram^, we bridge the cultural gap and provide an environment that fosters long term engagement and attracts the top talent available within the market. Thus providing a scalable solution to organisations of a variety of sizes.

Vietnam holds a unique position in that it is the world’s 13 most populous country with a population of over 90 million, made up of a young demographic where half of the population is under the age of 30. This coupled with an education system that favours STEM subjects has resulted in an abundance of highly skilled technical engineers – developing further year on year. However, cultural divide is the big gap between Vietnam and overseas investors.

Where does fram^ sit within this landscape?

fram^ was born after the founding CEO of Lazada Vietnam, Christopher Besselin identified that out of numerous regional technical development hubs used by Lazada group in both Europe and Asia, Vietnam had the highest skill level and one of the lowest cost bases. After successfully launching the core regional technical hub of around 400 IT engineers – instilling within it a culture of openness, best in class technical know how and long term employee engagement. It was clear that many organisations could benefit and reduce risk of cultural divide  from partnering with an organisation built upon the same values, hence the creation of fram^.

Working out of Scandinavian styled open plan offices since inception in 2014, fram^ have been dedicated to partnering with organisations in order to build what are called standing teams. We hire only the top 2% of Vietnamese developers through a rigorous selection process where our digital teams are employed according to the clients needs and work hand in hand with our partners. This means reduce cultural gap is one of the most important missions of fram^. Through this model our clients maintain full ownership of the development process with our developers becoming embedded within their existing structures.

Current clients who have engaged to partner with fram^ have been able to benefit from a large pool of skilled developers who are attracted by a flexible working environment by avoiding culture gap, strong reputation within the market and the opportunity to work with leading technologies and clients. Fram^ are able to source highly motivated and qualified candidates to work exclusively on your projects for the full lifecycle.

Due to our positioning and reputation in the market are able to quickly scale teams and attract the technical skill levels required by European clients. This has effectively cut the back and forth HR process of replacing staff – which allows them more time to focus on the development of their business.

By being an active member of the tech community within Vietnam constantly engaged in activities such as tech talks, hackathons and active thought leadership. fram^ is able to identify and engage the highest performing developers in the market and complete a hiring process for clients, inclusive of technical testing project and final client interview in typically 2-3 weeks.

Now reviewing external challenges that are common within the European market it is important to highlight the sheer enthusiasm, dedication and commitment which is commonplace amongst the Vietnamese workforce. Fram^’s industrious environment which fosters creativity and provides ongoing recognition and development is key to maintaining a very low attrition rate.

This means partners working with fram^ teams can rely on continuity throughout their development lifecycle, without the worry of key personnel leaving mid way through a project such as culture gap purpose. By providing this safeguard against external factors in the human capital market it again allows partners to maintain focus on business growth and goals.

In conclusion, as the war for digital talent intensifies and shows no signs of slowing, in order to keep pace with requirements for technical skills an increasingly popular alternative is to look to remote resources to fill the void. The fram^ model and positioning allows access to developers who are technically as proficient as those in Europe operating within a system that is designed to safeguard against common malpractices within the industry, so as to ensure successful project delivery.

If you would like to understand further how we bridge the cultural gap and this model can benefit you. Please get in touch with Fred Smith – [email protected] 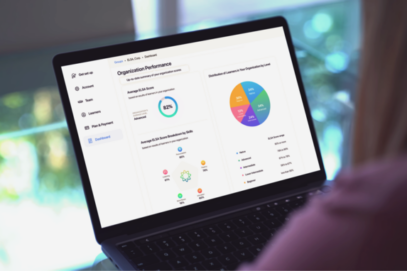 How They Have Done: Solving the IT recruitment challenge with technology – sharing from fram^

Founded in 2013 and NASDAQ listed since 2017, Fram^ is a Swedish-Vietnamese company that offers first-rate offshore Software Development Services and builds Vietnam-leading Digital Consumer Brands. The company has recently partnered with ELSA and applied ELSA Testing System – an Artificial Intelligence (AI) solution to help evaluate the comprehensive English capacity of potential candidates and […]
About fram^ 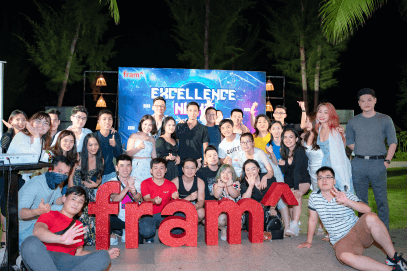 To-Santa-wishes this year has become true for our beloved Framers that after some of the delays, on 04 & 05 of December, we finally had our Company Trip 2020 to beautiful Ho Coc Beach and Resort. It’s a well-deserved reward for our strong spirit and endless effort that we have made during this year. This […]
About fram^ 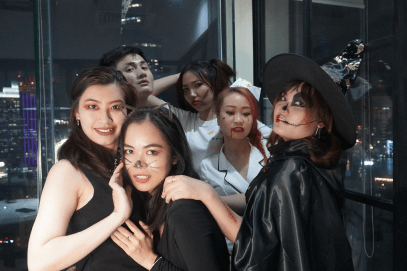 Another season of ghosts, goblins, costumes and eating too much candy is here. Whether you’re a Halloween enthusiast or just someone who loves fall, we would like to wish everyone a safe, fun, and cheerful Halloween! And if you’re looking for some last minute Halloween inspirations, let’s have a look at what the employees at […]
About fram^